Skip to content
sustainable fashion for the love of all handmade

Fashion is one of the clearest signs of the times, and it says more about our society than we give it credit for. We can tell the difference between the jeans hippies wore in 1969 versus the skin-tight threads worn by emo kids in 2005.

Though fashion has historically been created to be utilitarian, a major change happened in the past 100 years or so. Rather than worrying about one's fashion being deemed useful, people began to see fashion as linked with the current musical trends.

This isn't a random occurrence, either. The reason why fashion and music became so inextricably linked is because music became a method of showing individuality, political beliefs, and ideas rather than just homogenized entertainment.

How music influenced fashion (and vice versa) can be seen in almost every decade of last century. The following decades exemplified how well fashion became reflective of music trends...and how music was affected by fashion. 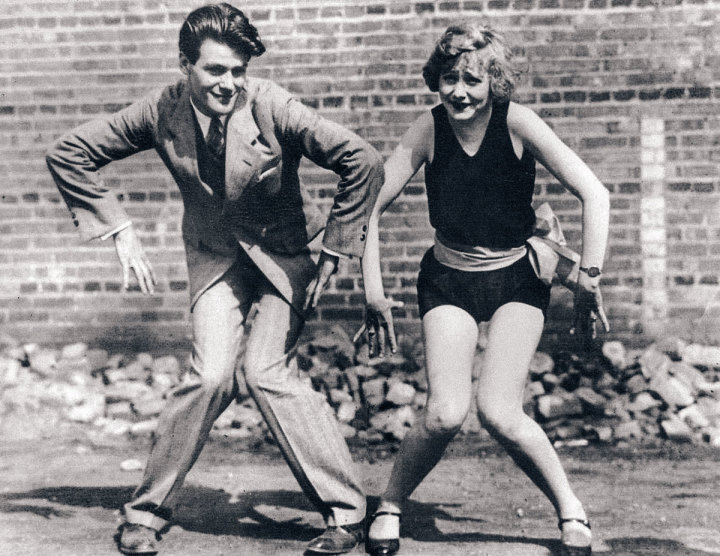 Though jazz music may seem squeaky clean and innocent by today's standards, it was actually extremely scandalous during its early years. And, it wasn't only shocking to the public because of the way that certain musicians alluded to X-rated stuff.

The reason why was because jazz was one of the first forms of music that was played almost exclusively at nightclubs and speakeasies that had people of different races in attendance. Moreover, jazz music also tended to have strong feminist undertones.

As a result, many women who were fans of jazz wore clothing that flew in the face of traditional women's roles. Short dresses, no bras, and loose clothing gave them movement...and also made it clear where they stood on civil rights. 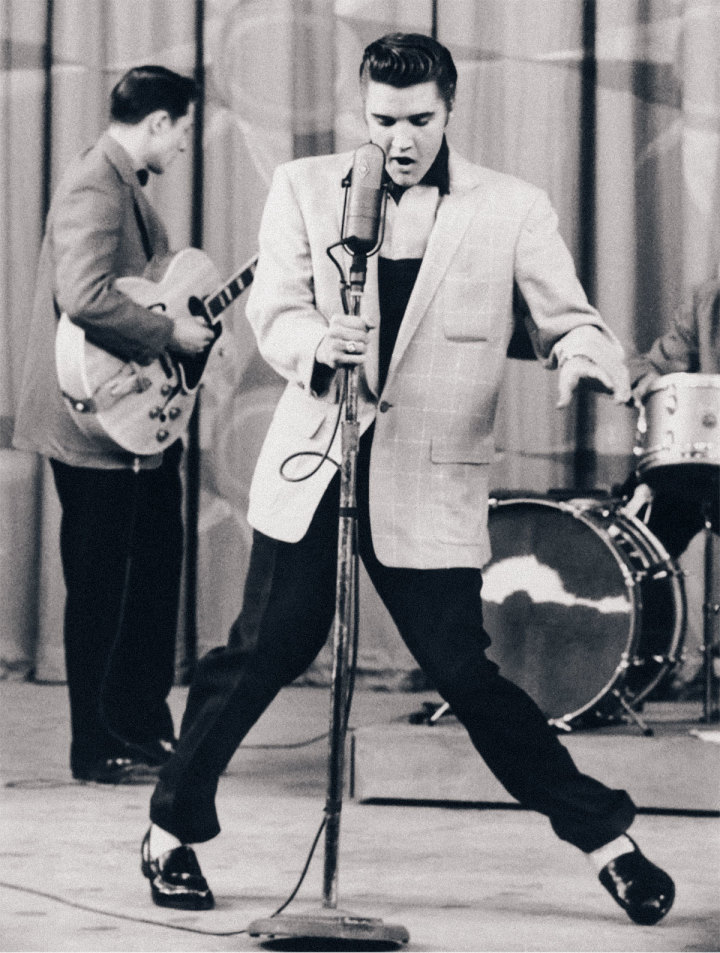 Even though the Roaring Twenties had flapper fashion, the fact is that most fashion houses still catered to adult tastes. This all changed once television, movies, and of course, music became more widely available to the public.

With the increased visibility of movie stars and slightly later on, rock and roll artists, a new demand began to arise. Teenagers began to want clothing that resembled the gear that their favorite idols wore. The market grew to the point that designers no longer could ignore it.

And thus, teen fashion as an industry was born. 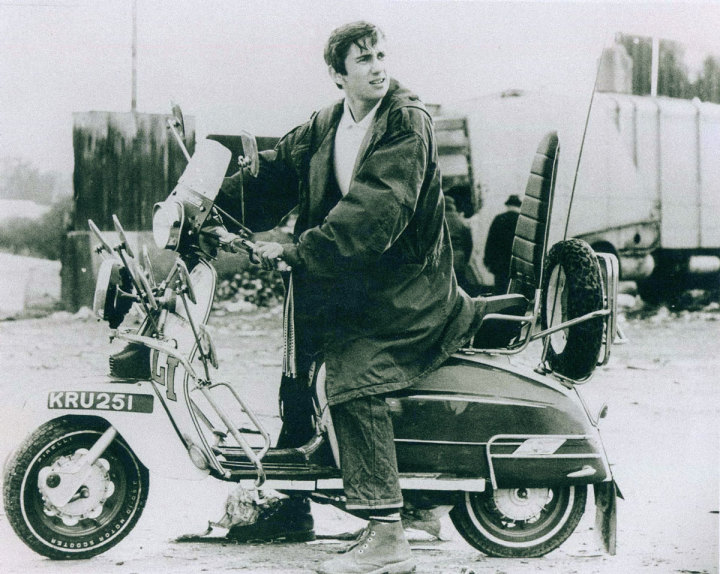 During the 50s, Londoners began to become known for listening to a more modernized version of jazz. These individuals were known as "modernists," and by the 60s, the subculture had also gained a deep interest in the beginnings of ska, R&amp;B, and soul.

Since they loved the bohemian lifestyle of the 50s Beatnik generation, it comes as no surprise that many chose to emulate that look as part of their lifestyle. Eventually, this extremely fashion-conscious clique of clubkids became known as Mods.

By the middle of the 60s, the Mod subculture's brand of beatnik-meets-modern fashion became one of the biggest breakout styles in high fashion history. Even today, both the music and stylistic flair of Mod fashion remains a source of inspiration for top designers. 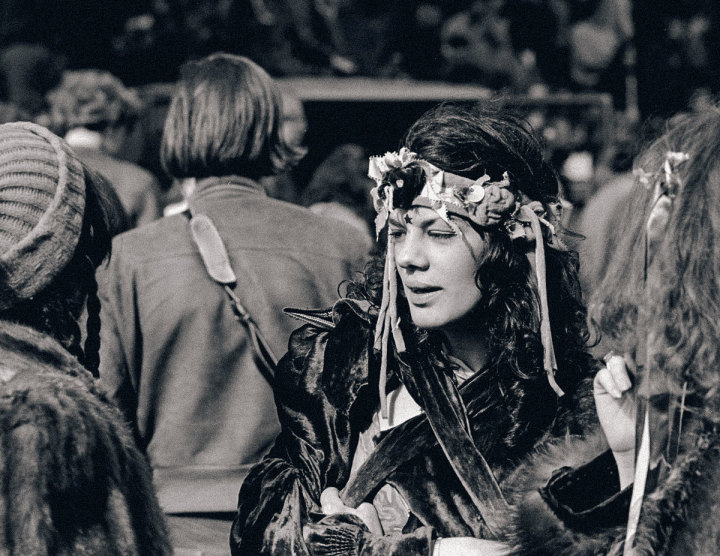 Meanwhile, stateside, a different fashion revolution was happening. As a reaction to the Vietnam War's draft, many music artists began to write music that flew in the face of traditional values. Around the same time, many artists and musicians also began to turn their attention to the benefits of using psychedelic drugs like LSD and peyote. As a result, both music and fashion turned trippy. 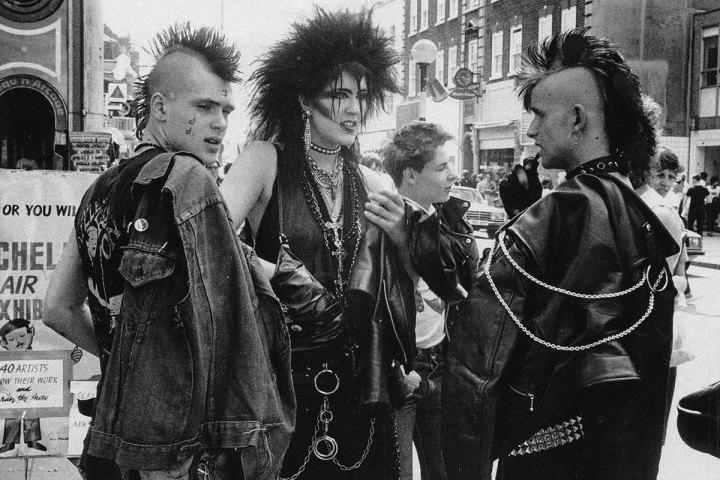 Punk started out as a musical movement that started out of Mod culture. Much like Mods, many early punks also happened to enjoy ska, reggae, and soul. However, this music scene quickly became known for aggressive rock music with just very light ska elements thrown in the mix.

The punk crowd also evolved to become a social movement as well. Because of punk music's deep focus on individuality and freedom, many people joined the punk scene as a way to raise their middle finger to the status quo.

If you think about it, it makes sense why punk fashion always was about handmade items, brightly colored hair, and looking very different from typical mainstream society members. After all, what better way to show off your individualistic flair than to look totally different from most others?

Punk is generally considered to be the first real music subculture out there, with glam rock being a close second. 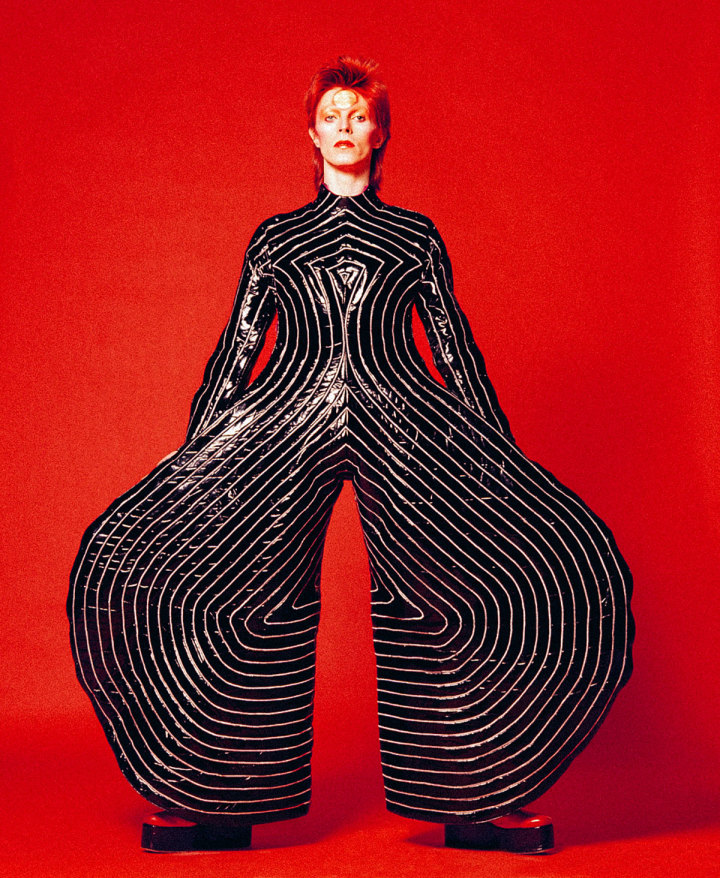 In the 1970s, much of mainstream media became focused on getting into "bigger and better" effects. Star Wars became one of the first movie franchises to require so many special effects. It also happened to be one of the first decades in which science fiction became a major focal point in pop culture.

It's no surprise, then, that many musicians began to draw inspiration from sci-fi. David Bowie, Gary Glitter, and bands like KISS began to ramp up their showmanship and also add sci-fi "backstories" to their performances. As a result, glam rock was born.

Considering that youth culture had become a major market in fashion, it comes as no surprise that many underground shops began to carry items that resembled the gear glam rockers used to wear.

That being said, most people didn't wear glam rock-style clothing and it was a primarily underground movement. As a result, many fashion students consider glam rock to be one of the first actual pop subcultures out there. 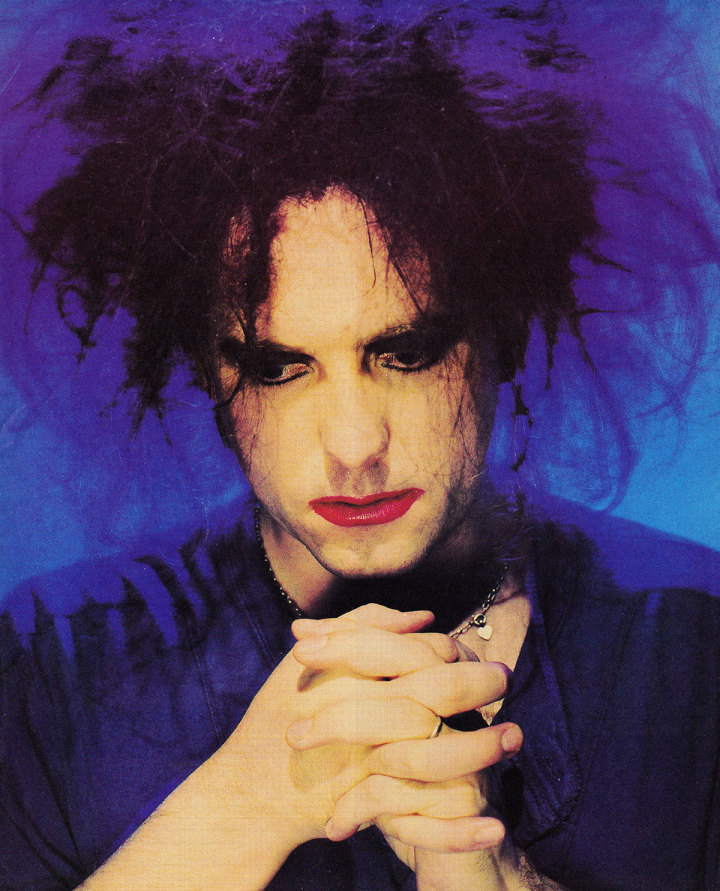 One of the most well-known derivatives of glam rock is goth music. Originally, goth music started off as death rock, which is just about as dark and gloomy as one would expect it to be. Death rock evolved into synthpop, new wave, and a number of other similar genres.

Most of these morose music genres became tied to a number of other habits, such as wearing black, loving horror movies, and just enjoying the darker side of life. Needless to say, gothic fashion's beginnings often mimicked the spookier elements of this scene. 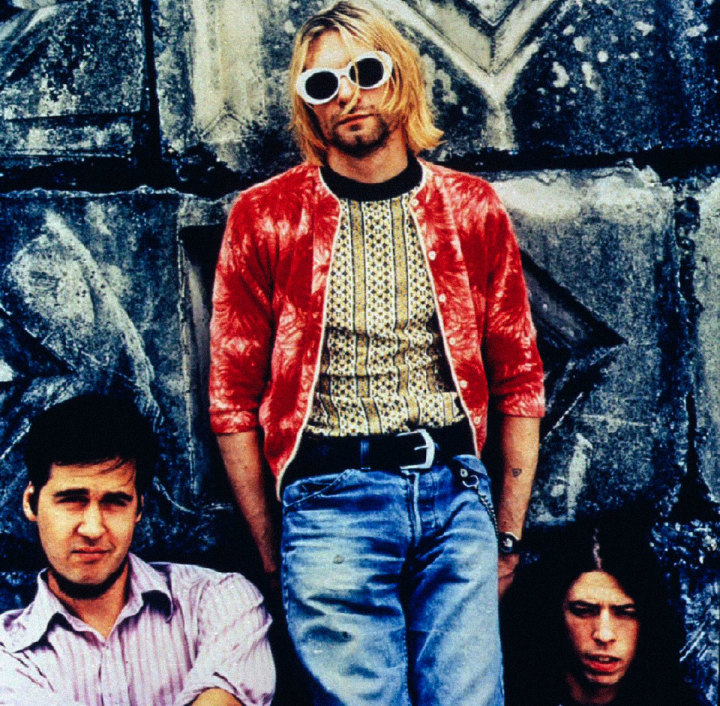 By the time the 90s rolled around, there was a lot of angst in teenagers. Much of it had to do with the very commercialized way that life was being lived in suburbia, and as a result, many artists of the time had a certain amount of anger at the world. Artists like Kurt Cobain ended up venting it via music...and it resonated.

The gritty, unpressed look of clothing quickly caught on with those who liked the music's edgy appeal. 90s grunge still remains recognizable today as a fashion look. 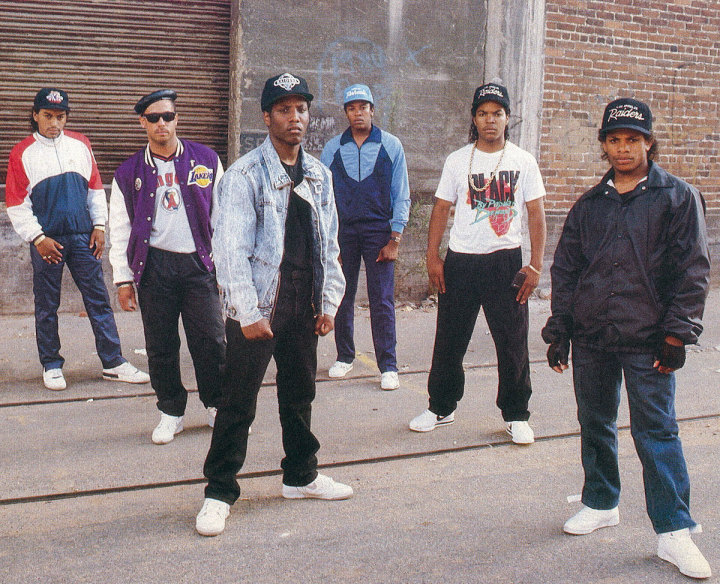 The late 80s and the early 90s saw a huge spike in the interest of hip hop culture in urban neighborhoods. In areas like New York, Los Angeles, and Detroit, rap battles, breakdancing, and turntablism began to catch like wildfire - especially among people who weren't wealthy enough to go to nightclubs.

Eventually, the influence of hip hop began to spread outside of urban areas. People began to emulate the fashion of rappers, and by the time that hip hop became mainstream, it became synonymous with a specific style of clothing. 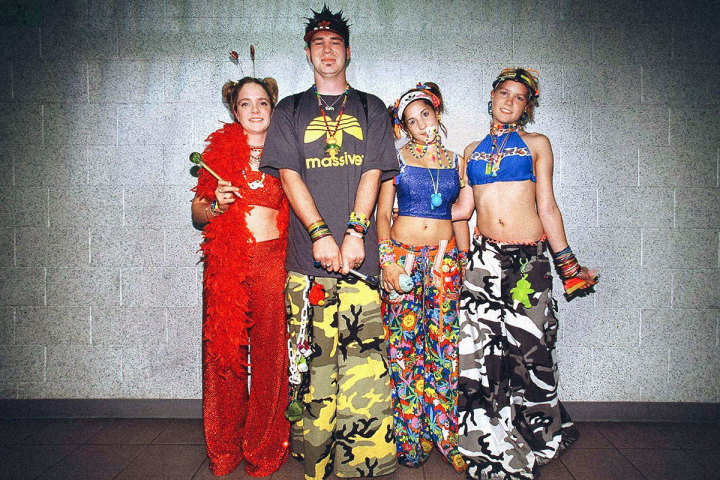 During the 1990s, the underground world of electronica was booming. It was the time of warehouses that hosted Radical Audio Visual Experiences, which would eventually be known as raves. These parties were about promoting Peace, Love, Unity, and Respect through heavy beats, turntable matches, and of course, heavy drug usage.

In the 1990s, this underground movement was one associated with bright colors, Rainbow Brite, Care Bears, binkies, kandi bracelets, JNCO jeans, and Swear shoes. By the time rave culture had a resurgence in the late 2000s and early 2010s, it had morphed to include tiny bikinis, glowing wings, UFO pants, and of course, leg fluffies.

It's a never-ending cycle, and it's one that will always reflect what's really going on in our collective minds. As a result, music will always have a special place in the world of fashion design and in the hearts of artists of every kind.